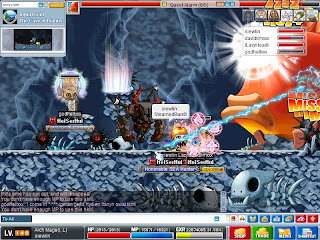 It was rather a tough fight. Because, it keeps hitting our HP & MP till it was only 1. A single minute late of potting will lead you to heaven.
Like, poor godhellxxx. He died more then he can leech the exp ): 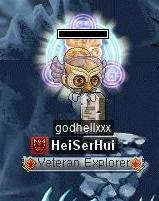 R.I.P
Even so, the Pianus HP was so annoying. It's like its HP is never ever going down. So frustrating!
After 15-30 minutes, the Pianus was finally down. Leading me to a sudden lag and can't snatch the drops. lol
What a wastage! :D
We were never going for Pianus again! Unless there's better attackers, of course.
At cc15, 2 Pianus spawn at the same time! It really freak me out! LOL. Of course, we didn't bother to attack it due to the earlier Pianus experience.
First time seeing this phenomenon. I wonder how the other attackers are gonna kill it. 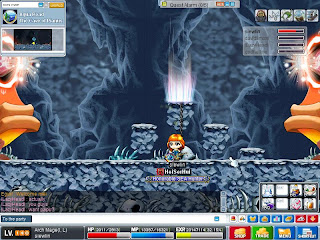 2 Pianus! This picture not edited or photoshop! Real!
report done by steambunz
Email ThisBlogThis!Share to TwitterShare to FacebookShare to Pinterest