The main goal of this competition is to enhance creativity among HeiSerHuians. But, I guess, erhh....that goal wasn't archieved yet F3.

Anyway, without further ado, I shall announce the results.


The winner of the first HeiSerHui Banner Competition goes to Banner B, with a total of 18 votes out of 31 (58%).

Unfortunately, the contestant of this winning banner wished to be remain unknown to the public. So, like I said. We will respect the contestant decision.


Anyway, congratulations to contestant Banner A for participating!! You were this close in winning the prize! ): But, well, nice try though! At least you take the effort to do it, unlike SOME PEOPLE *AHEM*...

As for the closing ceremony, I shall announce our new HeiSerHui Blog Banner 2009! yay! 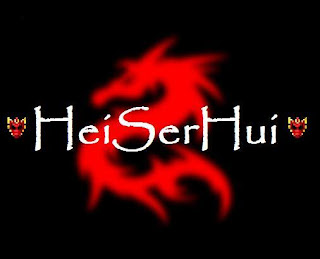